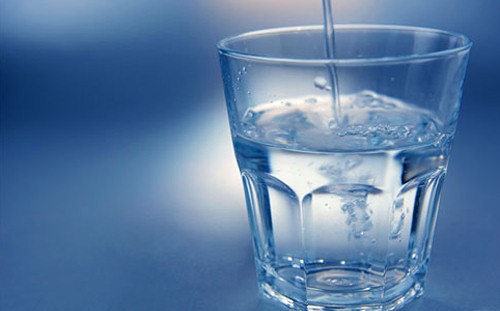 Researchers have discovered a revolutionary and cheap way to make filters that can turn water contaminated with heavy metals into safe drinking water in a matter of minutes.

Dr Ali Zavabeti and Professor Kalantar-zadeh explained that when a chunk of Aluminum is added to the core of liquid Gallium at room temperature, layers of Aluminum oxide are quickly produced at the surface of the Gallium.

These Aluminum oxide Nano-sheets were highly porous and went on to prove they were suitable for filtering both heavy metal ions and oil contamination at unprecedented, ultra-fast rates.

This new liquid metal based manufacturing process could be used by people without access to clean drinking water to remove substances like Lead and other toxic metals in a matter of minutes.

Because it's super porous, water passes through very rapidly.

There are portable filtration products available that do remove heavy metals from water, but they are comparatively expensive, often costing more than $100.

By contrast, Aluminum oxide filters produced from liquid Gallium could be produced for as little as 10 cents, making them attractive to prospective manufacturers, you can do even under the sun in summer at 35 degrees."

While Aluminum is a plentiful and cheap metal, Gallium is relatively expensive. But what makes Gallium the hero in the process is the fact that it remains pure and unchanged after each production of Aluminum oxide.

You just add Aluminum to the Gallium and out comes Aluminum oxide when its surface is exposed to water. You can use Gallium again and again. Gallium never participates in the reaction.

The manufacture process is so cheap and requiring such low expenditure of energy, these filters could even be made out of a kitchen.

This concept and releasing it to the public domain, so people around the world can use the idea for free and implement it for enhancing the quality of their lives.