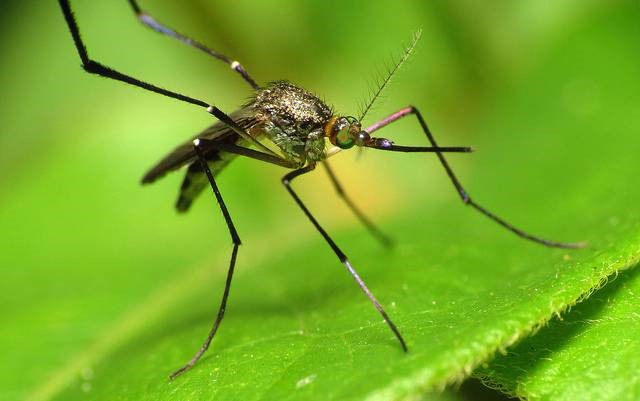 The method involves breeding thousands of male mosquitoes, infecting them with a particular kind of bacterium that renders female eggs unviable, and releasing them into the wild.

The method could be used to combat mosquito populations in areas where the insects carry deadly diseases.

In 2017, Verily, began a counterintuitive project designed to kill off mosquitoes in Fresno, California.

The idea was to breed thousands of male Aedes aegypti mosquitoes, infect them with a common bacterium called Wolbachia, load them into a van and release them into the wild. The lab-bred males, which don't bite humans, would then mate with the females, which contract Wolbachia and lay eggs. But the eggs never hatch.

That's because scientists at a company called MosquitoMate figured out in 2016 how to infect mosquitoes with a particular kind of Wolbachia that makes mosquito eggs unviable. The result of this mass-scale sterilization strategy has been a 95 percent reduction in the mosquito population in target areas for 2018, according to the results of the second six-month study conducted by Verily, MosquitoMate and county departments.

One upside to this technology is that it could reduce the use of mosquito spray trucks, which some say can be harmful to humans and the environment.